To glue this onto the ancient adages; ‘Hope is the last thing we lose’ and ‘A cat has nine lives,’ this could possibly sum up singer Qute Kaye’s life story. He is much alive and kicking after surviving hell on earth in the past.

On the latter, ‘a cat has nine lives,’ Kaye has, in reality, experienced the ‘grass to grace’ phrase directly and vice versa a couple of times known to us and held strong on the rope of life.

He shot onto the musical scene with acute success, went down with illnesses, thefts, survived beatings, jail and gunshots, shared life with drug addiction, got saved by Christ and disappeared from the news spaces till late.

At the moment, I can hopefully write that the ‘Ginkeese’ singer is taking the grass-to-grace-turn again. Well, he showed up at BBS TV’s ‘Chamuka Mudiro Lyo’ on Sunday pulling up an ecstatic performance of some of his songs and song covers.

Judging from the videos and photos shared, Kaye also known as Ivan Kauma is doing well health-wise unlike during and after the times he was reportedly ill and announced dead by some radio stations.

Besides this good news to the music industry and mostly to the fans, Kaye plots for something bigger. During his performance at the TV station, he threw out some light on his ‘Another Chance Foundation’ that drives for ‘real love’ in communities.

“This is Another Chance Foundation (ACF) that’s about ‘One Love’ — real love, sharing, and caring. Drug addiction is real. Yes. It almost killed me.  I will be telling you much more soon enough,” the singer revealed shortly after his performance.

Alienated to the queue of experiences Kaye has been exposed to and gone through, this could be one of the truest inspiring and changing foundations. Kaye has at least seen it and now is time ripe enough for him to share and educate the world.

Whether he is finally back to reclaim his throne and what to expect of the Another Chance Foundation, is a thing you and I have to cross fingers onto and let time reveal. All the best to Kaye. 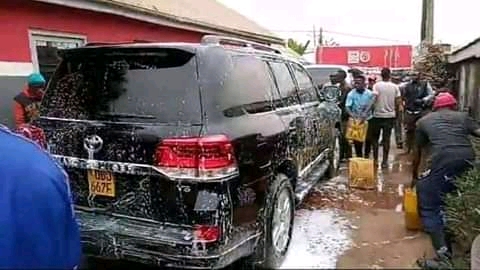