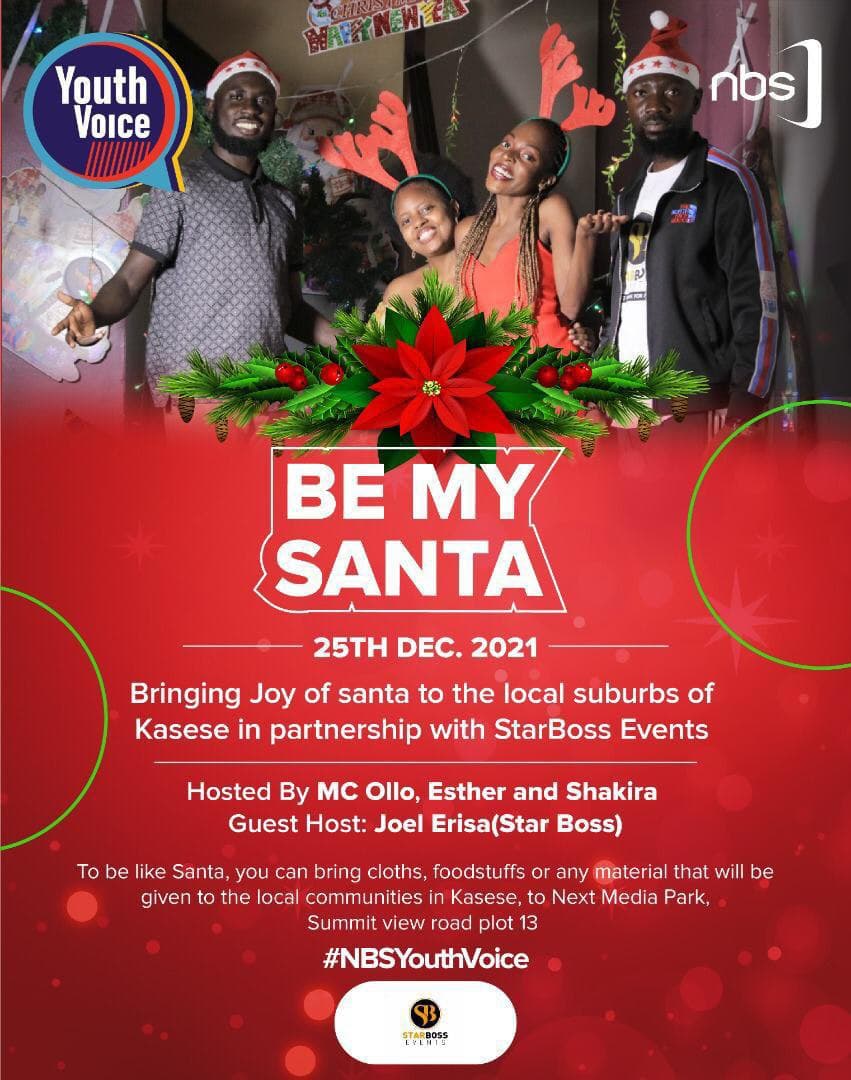 organized by the youth voice crew, it’s presenters and producers.

The team researchers on less privileged communities and finds support from the viewers and gives this support to the communities inform of foodstuffs, cloths, money and household items. From last year where the team put up a pit Latrine in Jinja Mpya, this year, the team is heading to Kasese.

This is in partnership with one of Kasese promoters Joel Erisa known as Star Boss. This episode will go live on Christmas morning from Kasese as the team donates to the less privileged.

Nbs youth voice remains the number one teen and youth show to date, airing every Saturday at 8AM.

For the Past 5 years the team has been running the  “be my Santa” project and the debut project happened Naguru, the second one in lira, later into Acholi quarters, and the most recent one into Jinja Mpya.