17 year old Esther and 13 year Old Ezekiel raised Uganda’s flag so high last night after putting up a stellar performance at Canada Has Got talent (CGT)  season 3 auditions that premiered in March.

Still mesmerized by the fact that they were on that huge stage, Ezekiel asked,  “Are we really here?”.

The two got the judges onto their feet as they performed Jordin Sparks’ “No Air. Comments from the audience got some people saying they deserved a golden buzzer.

Esther and Ezekile explained the cardinal role, their their mum had to play in terms of guidance ever since the set out into the music industry saying she’s done a tremendous job given her background as a very talented and popular musician. Ezekiel rpomised to make her proud and take her to Las Vegas as Esther promised to buy her sometime off her busy work scheduale so thay could spend some time together.

Tagged as Canada's Got Talent Esther and Ezekiel 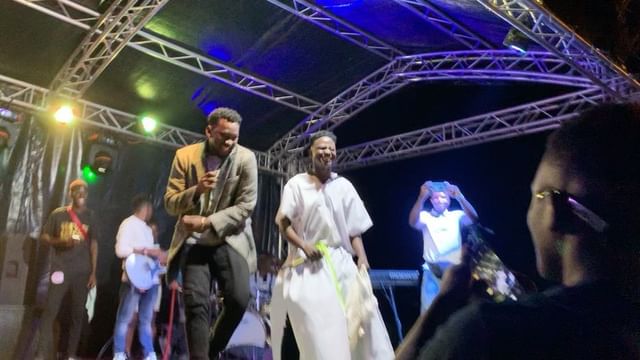