It seems a few people ever give a thumbs up to skin bleaching mostly done by some women especially artists except the ‘subjects’ themselves.
Former Bukedde TV presenter and Singer, Sherry Matovu is one of such popular faces that is never afraid of bleaching her skin, so confident about it and can proudly share how much this has brought to her table.

“I have gotten friends in some of the people that I have associated with before and have become like family and they are so important to me. I’m not regretting,” Matovu said during an interview with 97.7 Record FM recently.

Her skin bleaching saw her into a verbal fracas with TV personality, Anatalia Oze. According to Matovu, all the beef that happened between both of them is now a forgotten tale and they buried the hatchet.
As you listen to Matovu’s song, ‘Nkola Na Manyi‘, you can undoubtedly be convinced to believe that it was basically dedicated to Anatalia. However, she trashed this saying it was not the major intent of singing the song.

“I sang the song Nkola Na Manyi to all those that feel the message speaks to them. So I cannot say that the song was dedicated to this one or the other one but many out there who pretend to decide for us. Bleaching is expensive. Many people out there say that one can look beautiful even if they are dark-skinned but I am asking, who had stopped me from bleaching? So whoever it is, let them enjoy the song. The ones who said bleaching is bad are still the ones who follow me attentively amidst confusing talks,” she clarified.

She went to clarify that the gentleman who wrote the song brought the idea after all that had happened. She had refused the idea but later on accepted to, after talks with friends who said it was suiting at the time.
Her confidence about skin bleaching is unshakeable. In this line of perspective, Matovu explains how it all started.

“When anyone grows up, you decide on what you want and like. I wanted to bleach as a person since there was none that had stopped me from doing so. I initially was looking nice but when I started applying some cosmetics, people started asking me what I was using to look that way and I realized that it’s where the big deal lay. So I made it a business to maintain it,” she narrated.

Much as one would want to whiten their skin, they should equally be knowledgeable about skin bleaching side effects like among others fatigue, kidney failure, numbness, high blood pressure, and sensitivity to light. More so, bleaching repeatedly can cause severe skin damage according to experts.

Qute Kaye’s tale on drug abuse — It’s an illusion that drugs give the best life. 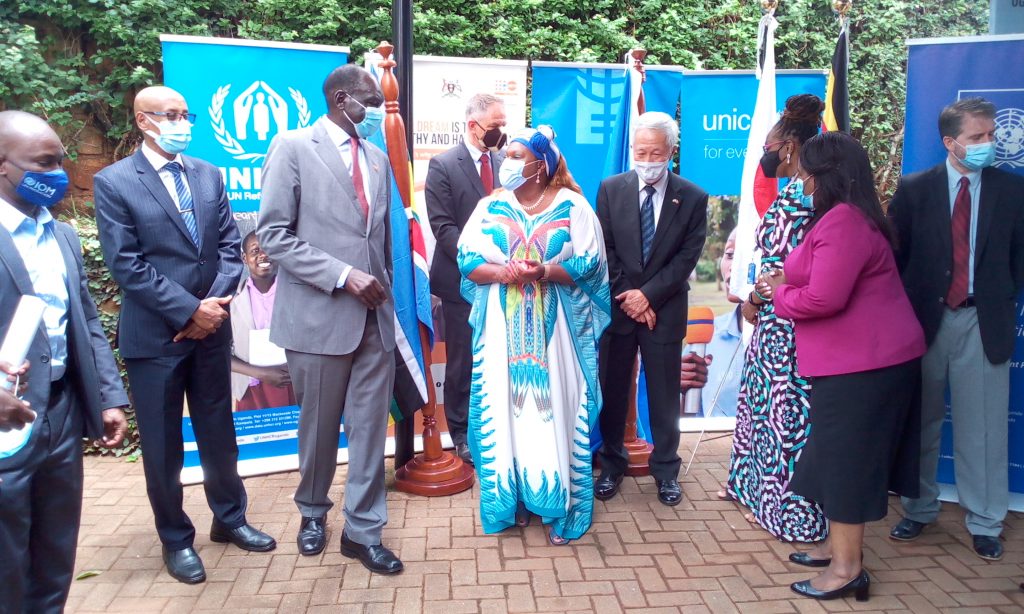