Born Eric Opoka, EeZzy is one of the few artists who stormed and sealed off 2020 with one of the biggest jams thus stepping up with a smile on their face and their head high. His single dubbed ‘Tumbiza’ graduated him as a notable Ugandan artist after eight years of hustling musically. In its early days, not so much attention did the song carry but as months grew older, so did its popularity on airwaves and in people’s eardrums. He’s dominated the limelight not only for his song success but also for the controversy he shares with the Ministry of Health and Uganda Communications Commission over the same song. DERRICK ASABA hooked up with him over the weekend for a chat in which he described his wonder woman aka sanitizerrr(like he pronounced it in his song ‘Tumbiiza Sound’). By this confession he probably he probably means she puts him in “a good mood” like he says in one of his songs, ‘Wulira Omuziki’.

What factors do you attribute ‘Tumbiza’ success to?

Like I have always said, it is the hope in the song. By the time I released that song, almost everyone had lost hope for Covid-19 was seemingly here to stay and most of the things destroyed. I intended to restore the lost hope informing the masses that amid such a delicate time we can sanitize, social distance and still be happy.
Part of the message in the song agitates for the opening of bars in the country. What is your reaction to the fact that however much the song has been widely received, none is yet done in line with this?

I feel I was used by God to let out the message people wanted to make known to the government or officials in charge if they met one on one. Our voices as artists are genuinely heard regardless of what other things we do. I wanted to use this platform to speak for the people. A call by the ministry proved that they heard the song. What they did thereafter, however, I least expected. Nonetheless, the message was received.

Before fixing minds onto this song, did you perhaps receive propositions from some people bar owners per se?

It was basically my own research, analysis and internalization of all that was going on in communities that gave a kickoff to this song. Besides most gospel music, songs that speak about troubles and tell of varying situations also attract more attention. This particular song came from the deepest part of my soul. I wanted people to sing, dance and feel free in their homes because it is freedom from within that breaks one’s captivity chains.

I realised you never started singing with Tumbiza. What different thing did you do this time to spread your voice across the country?

When I joined the music industry in 2012, I used to sing for fun which was extremely okay then. Timely, I hoped for greater achievements_ the steps I took and the time I invested in gave me experience worth and taught me a whole range of things. I was still finding myself. At least now I can firmly say that I am equipped with the ins and outs of the musical game. Relevant to globally celebrated artists, I sang a song_ ‘Tumbiza’ that brings hope which worked wonders different from all the songs I sang prior to.

Were these in Luganda or your local dialect?

Some were in Luganda and others in Acholi. Time came after 2015 and I realised music had failed in Kampala and decided to take it back in my motherland Gulu in 2016 to win their support which took me about two years to accomplish. In 2018, I came back to Kampala and working on deepening my roots here. Two years down the road, a big song pops up. It was a calculated move.

You openly revealed what dream you have of working with big International artists like Wizkid and Nasty C. How far have you gone of its success?

Those are dreams I am optimistic will come to pass anytime but at the moment, I should say that I am a tree still growing. I needn’t expand many branches far as to date because that would weaken the firmness of the tree. I however have a collaboration with a Ghanaian artist, Abuchi dubbed ‘Crazy’ dropping sooner.

How are you fairing back home in line with collaborations?

As part of planting my roots deeper, I have worked with Recho Rey, Rabadaba, Lydia Jazmine Josh Mavoko. I also have a collaboration with a Uganda based South Sudanese artist, Beezzy called ‘Can’t wait and Cindy to be released soon.

What were your expectations when you welcomed the Ministry of Health (MoH) idea to remix the song, Tumbiza?

I love my career and hold a passion for what I do in that I don’t put money first. Plus, I looked at it in a way that it was a call to save souls. I never knew that there was a line in my song that misled people that I revealed while engaging with the MoH and UCC officials. It generally made me feel great to be part of.

You speak as one with a big heart. What then did you do after noticing that they were sleeping on their own initiative to save souls as you claim?

Doing a remix would be risking my own song which I had accepted to do. When it all turned out to be a failed project, I alternatively decided to go on a countrywide regional tour to sensitise the masses. I went to the Northern region whilst visiting some radio stations for bigger coverage. This came up because I needed to put the record straight about the meaning of my song.

What do you think of the behaviour of these officials who promised to foot the expenses and up to date no progress has been made?

It is not something they should be proud of. They might have their own reasons why they did it that way but, intentional. The timeframe since we talked is too long to be termed a mere mistake. I sincerely was not proud of the whole plot.

You remarked you would be unbothered if ‘Tumbiza’ was banned. Were you guided by emotions?

I didn’t sing that song solely to make money out of it like almost everyone thought but rather to deliver a message. I intended to guide the government on a situation perhaps they weren’t giving considerable attention yet it needed. Deep inside, I felt like the message was already received thus couldn’t bother me in any way if it was banned.

Since February when you released ‘Wulira Omuziki’, do you think it can pose success on the same leverage with ‘Tumbiza’ or even more?

I see this in a way that an artist is a parent who bears different children with different strengths. Tumbiza sound’s success will never be equalled but Wulira Omuziki is as well a good song with a clear future. It’s already forming a path of itself and a unique level of success with umpteen people already jamming to it.

What are some of those notable benefits that Tumbiza came along with?

First forward is fame. People never knew who EeZzy was not until Tumbiza fired in. It gave me a big audience in that my social media followings increased with skyrocketing numbers. Many I believe wouldn’t have given me an ear but Tumbiza doctored it rightly. Plus, it gave me connections with big people in the industry which of course eased my work. It brought in some good income that if it wasn’t for Covid-19, I would pompously walk along the streets like any rich nigger. Even, there are some places I go to and am treated differently. Hopefully, this year better news will come up in our favour. In fine, it was like that ‘hey’ that caught everyone’s attention.

Among all these benefits, no lady in the whole equation?

(smiling) If you are a smart guy like I me, you wouldn’t give so much attention to people who come to you after success is attained. Typically, by the time you become successful, look at those that have been with you all along the way.

What does all this signal? Is there someone that was on your sides before this triumph existed?

Oh yes! There was. She has been there for me through the thick and thin times and we are still pushing on to see how things fall in.

Any plans of making this news official anytime sooner?

Bit by bit, we will get there because I am one guy who cherishes their privacy especially to do with issues of the heart though this can’t be kept in the hide, time unending.

I would like to know some of the qualities this private person to EeZzy holds, will I please?

She is supportive, understanding, caring, persevering in dark and bright times and possesses the power to turn me on even when I am low — turning sadness into cheerfulness within just a snap of a finger.

Are you playing the ‘privacy game’ to distance yourself from us (media) or afraid in some kind of way?

I do this to distance myself from situations where an enemy would do everything to make me weak through my fiancée. I’m keeping my loved ones safer from such ruthless people. Also, I never wish to watch the whole drama that would come after knowing who I date and scheming to set us apart.

Lastly, how do you define fame?

Fame is very fun in the beginning but as time goes by, so toxic. If you aren’t so strong a person, it can sweep you off your feet. It makes you feel undisputed of some things which is never a good thing. Generally, everything about fame is not good. A few which are, are hidden inside which to attain one has to go through thick and sharp thorns. 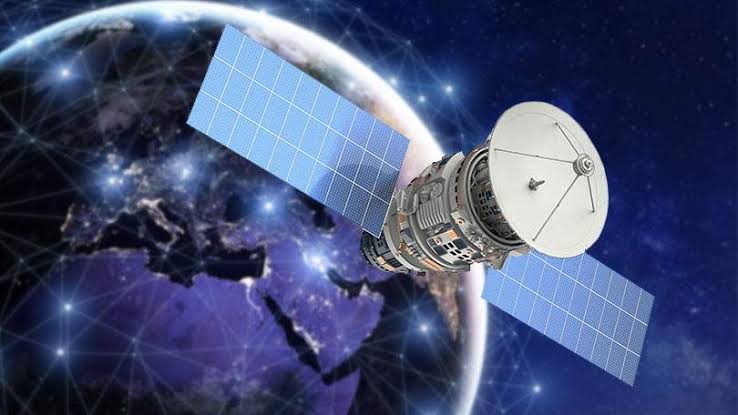 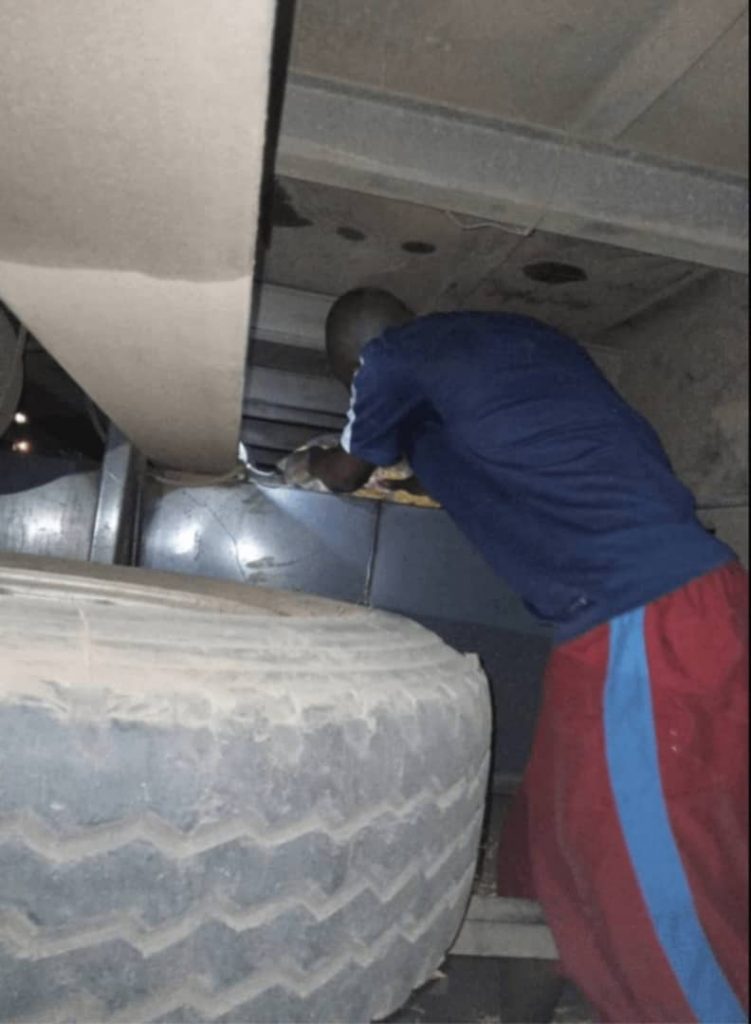