Born to Godfrey Laban Kiwanuka and Teddy Nansambu in 1996, Defending champion of the Kampala bodybuilding championship, Godfrey Lubega alias Mr Kampala is much optimistic that he will secure the Uganda and world championships.

“Since 2019, I’m the Mr Kampala bodybuilding champion. I wanted to be both the bodybuilding champion of Kampala and Uganda in 2020 but the birth of COVID-19 failed me since the competitions were cancelled.This year, I must be the champion of Kampala and win the prestigious Mr Uganda title in May and October respectively. Plus, I want to be the world champion,” Lubega asserted.

Lubega started at the age 17 when he one day walked into the the gymnasium to start the training. He grew up watching Schwarzenegger in films like ‘Commando’ and developed a strong desire to even leave home at an early age but wasn’t allowed.

Severally, he was beaten up for this but he strongly wanted to have a physique like Schwarzenegger.
Oftentimes he escaped from home to go to the gymnasium nonetheless, he was also sometimes denied access to or sent out of the gymnasium.

He says, “I could beg the gym instructors to let me in telling them what really my desire was and they eventually let me in however much they always insisted to clarify on whether I was studying or not.”

He spent only one year and was later on taken to play bodybuilding at 18years. He narrates how this came to pass.

“There is a boxer called Kyewalabye Kiwanuka, who I met at the gym in Nateete. He talked to me about it and I came to Power House, Nakivubo where I trained from and carried on thereafter,” he said.

He represented Uganda while he was still an amateur in bodybuilding. That was in Kenya when he went accompanying Ivan Byekwaso who won the competitions. He emerged the third in weight because he had not taken it as a priority. At the time, treasures this moment a lot.

For some reason, probably because there is money in bodybuilding when one is not playing as an amateur like Lubega says, many people come from Netball, Basketball, Volleyball to do bodybuilding. Being a sport, it is run under the Uganda bodybuilding and fitness association and recognised by the National Council of Sports.

Right now he is still playing amateur bodybuilding but there is also senior bodybuilding. When one wins Mr Kampala and Mr Uganda, they then turn into a pro and start being paid some money. Also, when one wins Mr Uganda for it is the topmost one here, one starts representing one’s country.

Lubega says that, “I have not yet gotten so much out of this sport but I hope to earn the best in the future time to come. I believe I will achieve great things this and next year. I don’t just want to stop here in Uganda but to go as far as Mr Universe. Like the natural bodybuilding which Schwarzenegger won, I want to win it too.”

People can only vote for him when they come in these competitions (due May 1) to support — To shout his name while in the competitions.

“For the fact that we are different from other people with bigger muscles, boda boda men sometimes refuse to take us in fear of being robbed yet we are free people and have no problem for our sport, bodybuilding, is discipline-led,” Lubega said.

He added that, “A bouncer’s training is easier than bodybuilding trainings. A bouncer can come into the gym and choose to do pumping but a bodybuilder needs to use his mind so much. I no longer go to the gym to lift the heavy loads but rather working on my muscles. I’m building my muscles.”

Lubega advised aspiring bodybuilders that, “This sport needs a lot of time and you need to have enough food available. When you don’t have food and drinks, it’s better you don’t even start playing because that would lead you to doing bad behaviors.”

He said that he has never abused drugs however much he has been influenced so much by many to do so. He gives thanks to God for he has never used drugs for all his life.

“If any one influences you to abuse drugs, just hear what they say but stick to that which you hope to take you forward. Don’t listen to people’s words that won’t take your dreams ahead. Have in your minds that you are a national player and are holding the Uganda flag. Don’t go for such things that are rather going to pull you down,” Lubega further advised.

Bodybuilding is a fascinating sport where competitors perform mandatory posing routines before a panel of judges who rank them according to symmetry, posing, size, muscularity and stage presentation.
Last year the event was canceled due to the disruptions provoked by the corona virus but this year’s event at Qibs Gym in Kyebando will be scientific to conform to the Standard Operating Procedures put by the ministry of health. 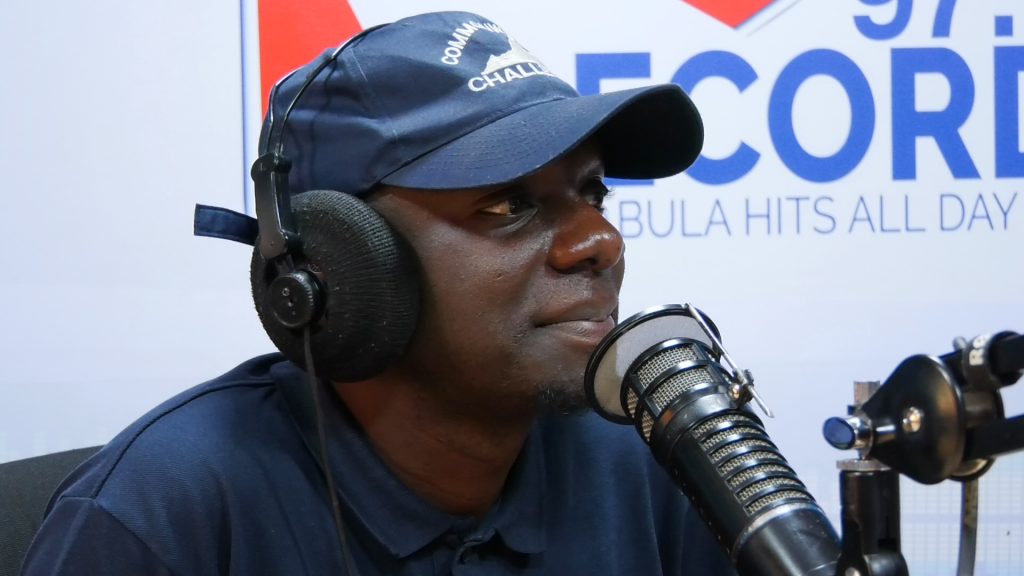