Mark Mpirirwe alias DJ Mark-Xtreme is a Deejay, Podcaster, Web developer and Radio Host at the Kampala City-based, 97.7 Record FM. His educational and career story is a humorous one to tell yet, with ‘Determination and Exploration’ as major highlights.

Hailing from Bwenkoma in the western district of Mbarara, Mark attended schools like; Early Learning Centre in Mbarara, Katatumba Academy, Sacred Heart Mushanga in Bushenyi, Cleverland in Mbarara where he received his letters of the alphabet.

After successful completion of Primary and High School levels, Mark spent three years at Makerere University where he graduated with a Bachelors Degree in Demography  (Science in Population Studies) or Population Statistics.

Due to the desirous nature to learn newer things time and again, Mark has since done certificate courses in Journalism, Financial Technology Payments and Regulations, Community Journalism, Digital Marketing and is currently pursuing a course in Communications (Advertising).

Naughtiness, playfulness, and much more behavioral traits describe most of the kids’ early lives. Mark shared genes with the former behavior ― naughtiness.

Negative as it may seem, he still managed to complete the Ordinary level at Sacred Heart Mushanga before he was expelled. “That was like a miracle because everyone around me was expelled,” Mark says.

Nonetheless, at some point along his educational journey, he tasted its pricking. When he vied for the Entertainment Ministry at the school, his attempts were shuttered by his discipline record.

“I was very naughty between S.1 and S.2. The moment I delivered the application, I was told not even to bother and go back with it because I would not go through,” he explains.

He was, however, still like the shadow Entertainment Minister thereafter because he knew how to operate the equipment.

Some people would say he was a bully but what Mark remembers is that he would escape from school along with colleagues. They would escape to dance and watch football.

Mark recounts that because they were not given everything at school, they would escape watching football especially when it was time for the Champions League.

“Those days, smartphones weren’t the thing. We would go like three of us, walk at night in an area where there was barely electricity. What was funnier to me was the way we would walk out confidently in forests, not fearing anything would happen; would still go and come back at 3am in the morning,” he says.

At other times, they would go aimlessly to the markets or just go to town. Such experiences can lead to alcoholism but for Mark, he failed at it.

“I failed on alcohol because when I tried it in S.1, I got a lot of headache and I wondered how people pay for pain. I realised it wasn’t for me and I gave up on it,” he revealed.

While at Cleverland for his Advanced level, Mark did MEG/Art. He would deejay for the school. He was also the Music Dance and Drama (MDD) club President at Cleverland, and was always active in MDD in primary and secondary. He used to act, rap, and write songs and almost recorded songs. However, he hasn’t done that in a while but believes he can still do it when he gets dedicated.

On the road as a Deejay

During his O’level vacation, Mark managed to get exposed to music, talk to certain people in the industry and gained a bit of experience.

He had a friend called Bagzy who was affiliated with GNL Zamba and the Baboon Forest. That’s how he started getting more into music. Though, he had a history before because his dad used to buy music tapes at home.

“I always had albums of Westlife, Country music, and Congolese music which made me more exposed to music. I was already exposed to music but was not yet acting on it so much,” Mark narrates.

For some reason, his father liked collecting music but wasn’t a music person. Mark thinks that maybe he was buying them for the children (Mark and the siblings).

Mark’s skill as a deejay was further unleashed between the time he was in S.6 and University. It was during this time, that Jamaican singer, Tenza, came to Uganda.

Tenza had come to do a show in Uganda and for promotional reasons, she was on radio to talk about the upcoming event that was to be hosted then.

When Mark learnt that Tenza was to be in the country for almost a week, he sent her a friend request on Facebook. At acceptance, the two never talked much but connected more after some time.

Unlike in high school where he would deejay for fun, Mark became serious after meeting Tenza. Much as he was still at Makerere University, he was dedicated to making the deejay part work.

Tenza introduced him to a lot of people that he ended up caught up in there, though it was something that started as a joke.

She introduced him to everybody she could; she got people in Jamaica, UK, and Websites to have his content. They even started sponsoring his mixtapes and do publicity for them.

“Tenza seems to have seen what I didn’t see in myself. She could tell me to contact a person and when I did, everything would work out. I would always first ask them whether to send my stuff but they would tell me that Tenza already told them about me. She had good relationships and people would take her word. She was putting her word for me and that’s how I got to meet people across the world,” Mark explains.

This connection widened the gap that by 2012, Mark had publicity for his mixtapes from people that are not even in Uganda. Some people wondered how this would translate into the Uganda setting but all Mark knew was to keep working.

Mark managed to deejay at a number of occasions for instance at Club Gabio in Mbarara. He also did music mixes on some radio stations like Capital FM, Afro-Carib radio based in Chicago – USA, and on online radio in South Africa on a show named ‘Wild Dance party’.

While doing music mixes at Afro-Carib radio, Mark got a chance to meet deejays across the world. The owner, Lady B Bless, gave him an opportunity for a show while at University and decided to focus on it wholeheartedly.

Pursuing a media career or in any related field, was never in Mark’s plans ― he had no surety of this at all. However, he grew the urge to listen to the radio a lot more along the way.

At one point, Mark did a demo for radio and was discouraged by some people he met at the time. Because he knew how to deejay, he always preferred to stay put in that.

When he left Afro-Carib in late 2014, Mark joined Juice FM. Dorris, who was a presenter at this station invited him to deejay for only one day on an evening show she did between 4 pm and 8 pm.

At this time, he was doing well on mixtapes and was not looking for radio at all. But when he received the invitation out of the blue, he agreed to take it up.

In that time, a German singer called Deena had a song with Radio and Weasel, ‘Mpanilira’ which was yet to be released. Dinah’s manager wanted Mark to play the song on the show and host the artist which Dorris also accepted. This show was filmed and that’s how Mark got hired.

After some time, he was told to always come only Fridays. They kept increasing the number of times he would be playing on the radio, started doing the show with Dorris from Monday to Friday, and gave him a show on Sunday two months later.

He thus transitioned to Record FM in late 2015. Record FM availed to him an opportunity to do a show in the morning which he took on, largely because he always wanted to work in the morning.

Mark is one of the presenters of the UG-Breakfast show on 97.7 Record FM that airs from Monday to Friday.

Much as he works on radio, Mark says he never puts Demography aside. Since it is a morning show, it requires knowledge on current affairs, socioeconomics, reproductive health, sexuality and gender, sociology, anthropology; which all is in demography.

“I am not practicing Statistics professionally but I can’t escape it. It actually gives me an advantage in interpretation and analysis of situations especially on the show,” he says.

“I never go half-heartedly into something. I had many opportunities that were coming with statistics, even better than radio, but I would still turn them down even when I wasn’t making anything in radio,” he adds.

According to Mark, Radio has been rewarding to him. He never wakes up yearning for a public holiday to arrive or when he can take a breath because he enjoys what he does. He says radio is part of him and wakes up every morning knowing that he is going to do something that he likes.

“Radio has been great and I can’t complain about it and I treat it like therapy. I am always open and transparent with my life on radio 100%,” he says.

Even though his parents don’t approve of the fact that he works on the radio, he is not moved. He says that a lot of people are stuck in what they don’t want to do just because they were forced into doing it and are miserable.

One of the things he fosters while behind the microphone is simplicity. He always makes it look easy to talk about hard topics. He usually wants to make someone listening to him feel like they are comfortable talking to him regardless of their tribe or religion and this has kept him doing what he does every morning.

This explains why he thinks social capital stands out for him as an achievement.

“I look at achievements while looking at four or five years ahead. I am not limited to material possessions. My achievement is in social capital. If I make lives better, provide a service to people, give them an opportunity ― that’s an achievement,” says Mark.

Mark says that even when he prays, he never prays for anything. He only prays for peace and gratitude. That’s one thing that has kept him grounded.

Besides working on Record radio, Mark does online stuff, podcasts plays on Hits247 – Atlanta and is a deejay on EJazz radio from Monday to Saturday.

He also does interviews with people across the world that he uploads as podcasts ― he hangs out with musicians, has conversations with them that end up recorded.

Ten years later after connecting with Tenza, she told Mark that there was some other person working with her at the label that told her to check him out. Differently, Mark thought that the time when they were friends on Facebook, messaging one another, grounded their connection. Best to tell about this connection though is the fact that it birthed and nurtured a gentleman that we crush on today. 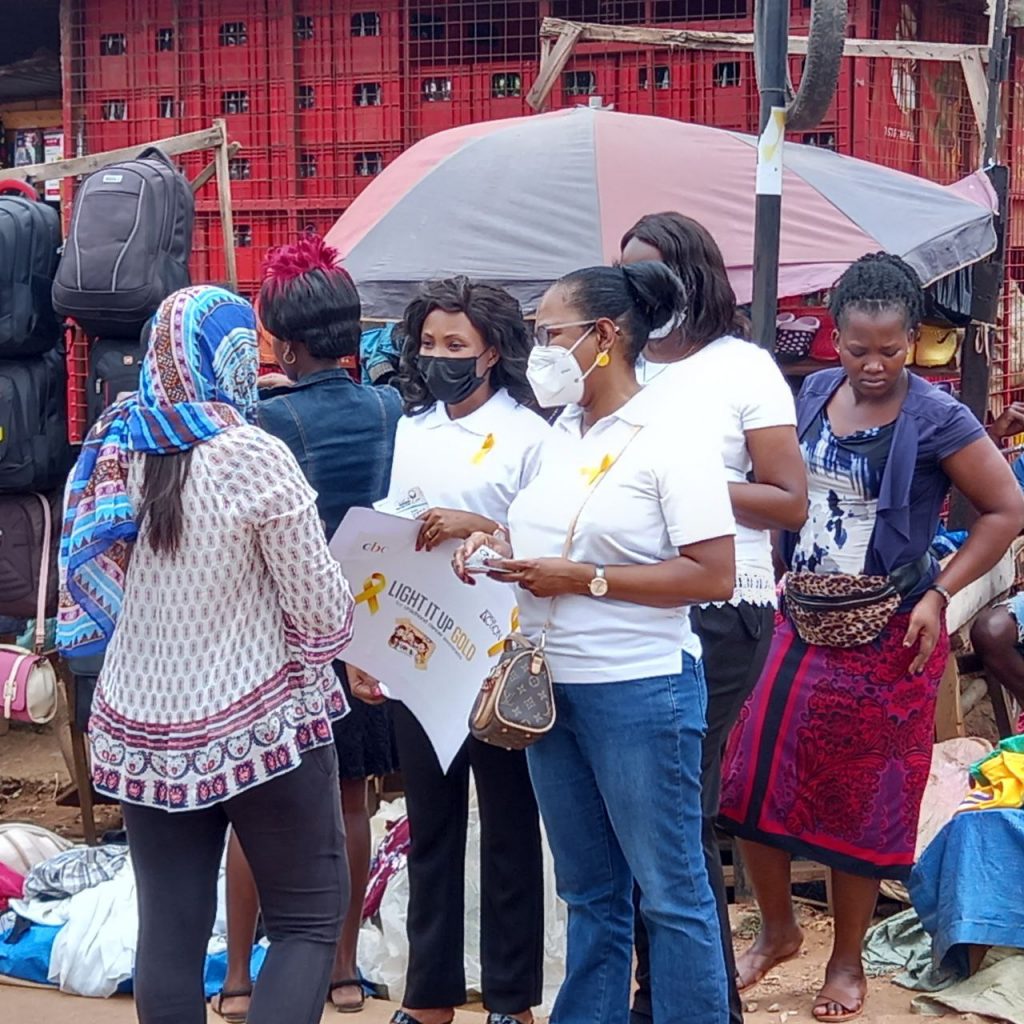 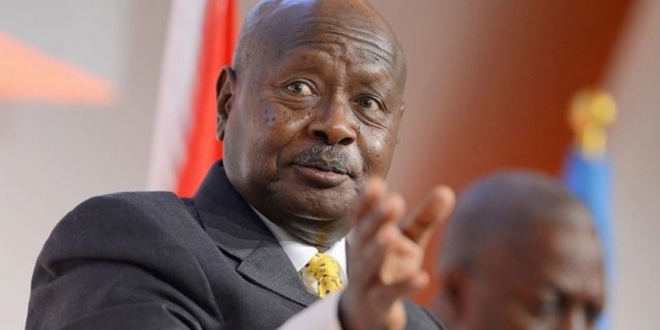