KCCA Staff on The Spot Over Bribery Allegations.

Vendors in the major city of Kampala have pinpointed the Kampala Capital City Authority (KCCA) law enforcement staff for confiscating their merchandise and asking for money in return.

On several occasions, the officers traverse the streets and claim vendor’s merchandise, and ask for immediate bribes in a bid to give back their goods.

Back in the day, the KCCA law enforcement officers were always alleged to manhandle street vendors but apparently, the story has taken to a new angle.

A hawker only identified as Mugisha dealing in soft drinks says that this unfair practice, in the end, sends hawkers into solid losses thereafter.

“After the merchandise is confiscated, you report back to your boss about it. For the fear of following up, the boss, too, decides to let it go and losses are footed by the hawker upon agreement between the two parties,” Mugisha explained.

He went on to clarify that vendors end up paying fees for the lost products with a deduction from their daily profit which weakens their motivation for work.

In unison, Vendors say that this usually happens once a week thus urging the government to revise the laws that govern KCCA sighting its unfair execution.

Katumba, also a vendor within the heart of Kampala noted that for fear of paying large sums of money when their merchandise is taken to Nakawa, vendors usually oblige to pay at least Shs. 50,000 in a bid to retain their commodities over paying around Shs. 200,000 oppositely.

According to the chairman, Fuba Tukola Hawkers and Vendors Association Limited, Ismail Mubiru, the councilors are the ones failing the execution of payment of taxes, a proposal by the Association to the Authority which most vendors agree towards.

Since street vending is a source of many people’s livelihood, the KCCA Council in 2016 resolved to gazette some City roads to accommodate street vendors during evening hours.

Besides this, the Authority also promised for creation of more space to accommodate street vendors upon completion of Busega and Kasubi markets in Rubaga Division considering the fact that the City does not have enough working spaces.

In May 2020, KCCA had concluded the registration of vendors who would be occupying the market stalls following renewal of lists compiled in 2014.

It should, however, be noted that according to the Kampala City Council Maintenance of Law and Order Ordinance, 2006 section 13 sub-paragraph (1); A person shall not, ply his or her trade on any pavement, arcade, foot-way, street, un-alienated public land, unoccupied land or land in the possession of the Council unless he or she is in possession of a permit issued by the Council under the Local Governments (Kampala City) (Street Traders) bylaws.

In relation to the subject at hand, history has it that in November 2016, KCCA suspended four law enforcement officers for allegedly manhandling a street vendor along Ben Kiwanuka Street.

Also, Ms Olivia Basemera, a street vendor, drowned in Nakivubo channel as she was being pursued by KCCA law enforcement officers who were subsequently charged before Nakawa court.

Old Passports To Be Phased Out Next Year. 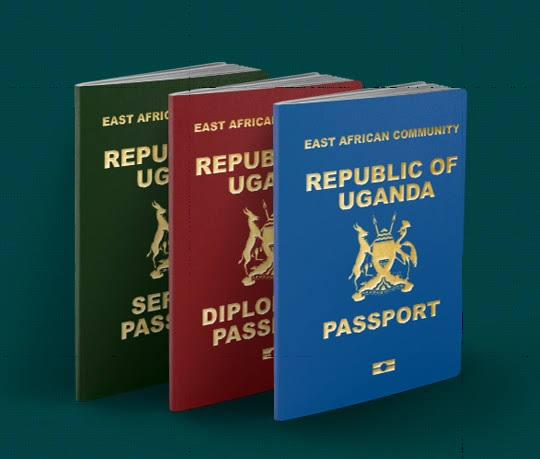 Media Should be Included On COVID-19 Vaccine Priority List – NAB