Following a hike in all forms of Gender Based Violence (GBV) in the country, the government has stepped up efforts to curtail the vice amongst masses.

While addressing the press this week, the State Minister for Gender and Culture Affairs, Peace Regis Mutuuzo, noted that the prevalence of GBV in the country is unacceptably high.

To put a lock to GBV, the government is building capacity of Government agencies including Local Governments to design and mainstream interventions for prevention and response to GBV in Ministerial Plans and Programmes.

“The Ministry in collaboration with partners have established 18 GBV safe shelters in 18 local governments, which provide comprehensive services such as temporary shelters, legal aid and health, re-integration and resettlement of GBV survivors,” Mutuuzo revealed.

The Ministry has also established strong coordination mechanisms and local levels that meet quarterly to deliberate on strategies to address GBV.

Subsequently, the government will join the rest of the world to launch the beginning of Sixteen Days of Activism Campaign against GBV 2021 (tomorrow) November 26.

This year’s campaign is themed, “Orange the World: End Violence Against Women and Girls Now!” and will be hosted at Amagi Primary School in Kamdini Sub County, Oyam District.

This year will be the 30 anniversary of the campaign since it was started. The campaign will run up to December 10, which is the International Human Rights Day.

Status of GBV in Uganda

56% of ever-married women and 44% of ever-married men have experienced spousal violence whether physical, sexual or emotional according to Data from the Uganda Demographic and Health Survey (UDHS) 2016.

“According to the UDHS (2016) 51% of women and 49% of men neither sought help nor told anyone about the violence. Thus denying themselves the opportunity to access available support services,” noted Mutuuzo.

The Minister expressed concern about the resurgence of Female Genital Mutilation (FGM) among practicing communities in Sebei and Karamoja Regions.

“The Uganda COVID-19 Rapid Gender Assessment of 2020 indicates that 13% of girls and 52% of women between 15 and 49 years have been subjected to FGM,” Mutuuzo said.

Over 5000 Violence Cases Reported Through Child Helpline in 2020. – Minister Mateke 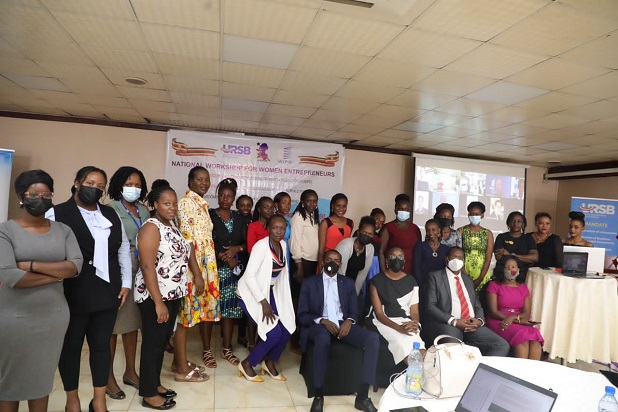